Seoul ranked 25th place among 121 cities for the Global Financial Centres Index (GFCI) that measures the international financial competitiveness of world’s major cities in the areas of business environment, development of the financial industry, infrastructures, human resources, and more.

Seoul is now ranked 8 places higher than it was in March 2020 at 36th place, and 11 higher than it was back in September 2019 at 36th place. Since Seoul’s financial institutions were being relocated in provincial regions in 2015, it dropped to 33rd place in 2019, but has been gradually recovering its status since then. Top-ranking cities include New York in 1st place followed by London, Shanghai, and Tokyo.

While the average score of the total 121 cities dropped by 6.25 percent (41 points) amid the COVID-19 pandemic compared to that of March 2020, Seoul maintained its average score, enhancing its global competitiveness. In particular, Seoul placed 18th among all cities for the fintech competitiveness category, placing 9 ranks higher than in March, and placed 6th as a centre likely to become more significant.

The Seoul Metropolitan Government (SMG) is fiercely investing in various financial institutions, including 100 enterprises in Yeouido (financial district of Seoul), Seoul Fintech Lab (incubation program for fintech startups that can accommodate up to 1,000 people), Digital Financial Master of Business Administration (first establishment opened in the financial center of Yeouido), and Seoul International Financial Office (under construction to attract domestic and international financial institutions), to strengthen its financial competitiveness. 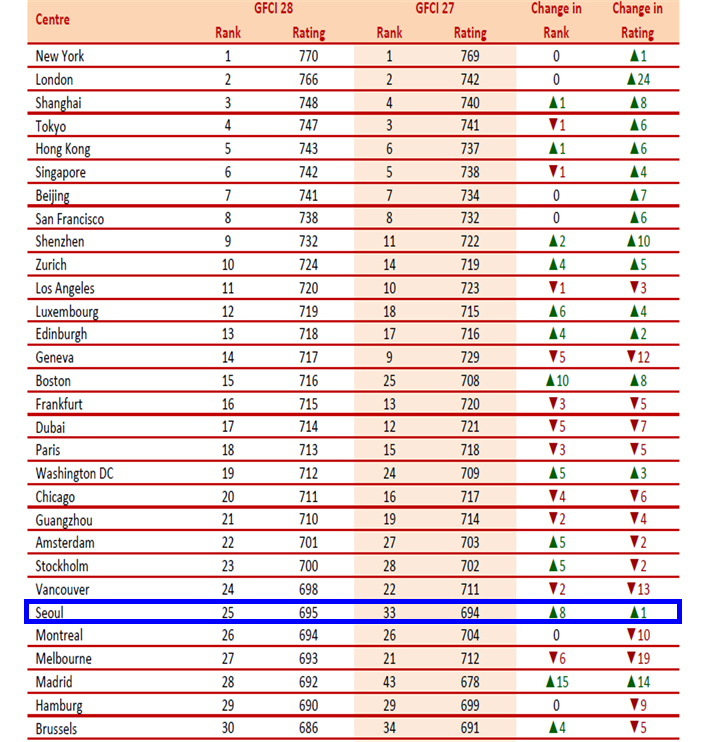 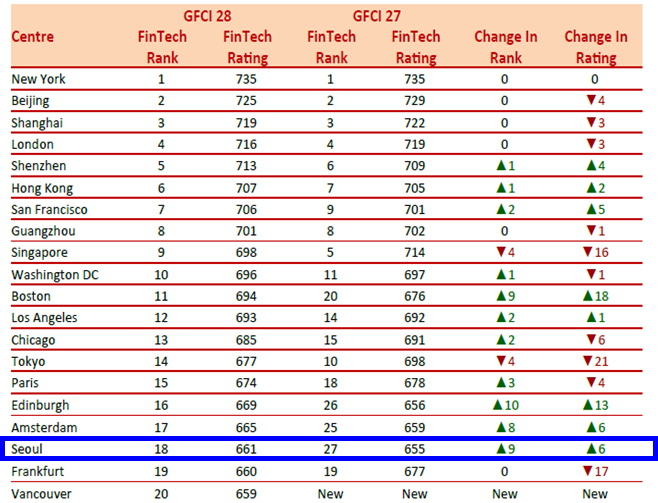